It was the unconventional, the unexpected, the aspirational; the ultimate luxury tropical festival experience that went off without a hitch this month on a little plot of land just north of the Kimpton Seafire on Grand Cayman island. KAABOO has proven to the universe that mixing a little foresight and planning, an incredible Caribbean island location, plus their formidable expertise in the festival sphere equals a smashing, sellout success. It was an ambitious setting and not a small undertaking. Overshadowed by infamous comparisons of similar failed attempts. When I first heard of KAABOO’s expansion to the Caymans I was suitably apprehensive, like many of us. If I had a dollar for every lifted eyebrow upon telling people “oh, I’m flying to the Caribbean for a music festival,” I probably could have paid for the entire trip twice over, with Royal Palm upgrades.

Regardless, Team dRiFFt jumped headfirst into the opportunity with an adventurous spirit and high hopes. What’s the worst that could happen? Stranded on a non-deserted island under a palm tree and only a can of Cayman brew to keep me busy? Unlikely, but I was willing to accept that risk. Plane tickets and accommodations secured (ain’t no camping here, folks), we headed south for an experience that would forever change our perception of what’s possible in the festival realm.

​Stating the obvious, Grand Cayman island is a remarkable destination in its’ own merit. A stunning island retreat in the middle of the sparkling Caribbean sea; home to a thriving tourism sector and the infrastructure necessary to support it, but also remarkably varied culinary, art and cultural offerings. It’s upscale where it needs to be, but also rustic and quaint; full of chickens, charm and island kitsch. A larger island with a small-town feel. It was an excellent choice for a full-scale music festival. 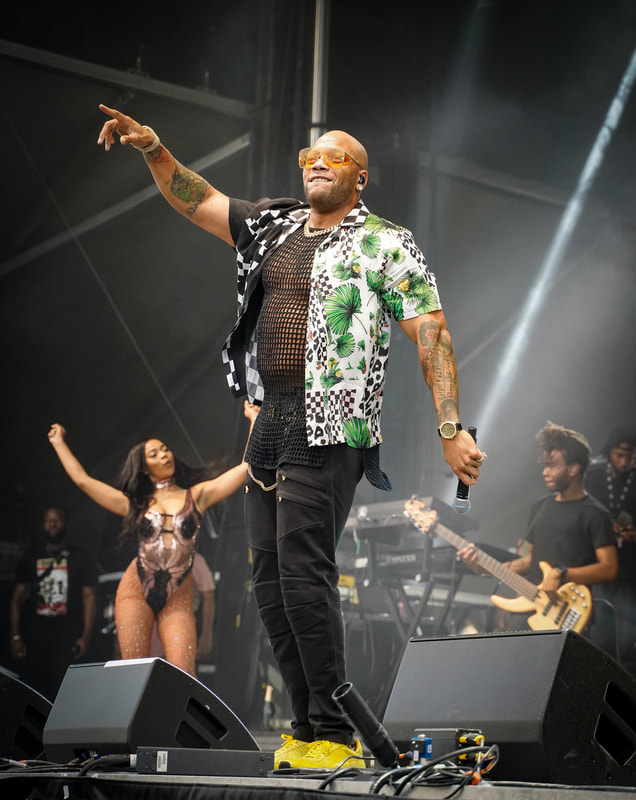 KAABOO has successfully infused into Cayman culture what is undoubtedly the next big thing in luxury festival escapes. Remarkably, they sold out their inaugural year with a killer lineup and headliners Duran Duran, The Chainsmokers, Zedd and Jason Derulo. A “Five Senses Under the Sun” theme complemented their purpose-built festival site adjacent to the Kimpton Seafire along Seven Mile Beach, with every amenity one could need or want. They’ve established themselves as the Cayman’s fifth-largest employer, immeasurably boosting the economy and tourism on the island. It was an ambitious undertaking, executed flawlessly.

Venturing from their logistical successes, we can’t ignore the magnitude of music featured in the inaugural lineup. Advertised as “something for everyone,” it was more than that – featuring some of the biggest names of a rainbow of genres and decades past. Big, varied, nostalgic, and not a single “meh” in our minds. It would’ve been an impressive lineup for a regular US-based festival. This superstar list of musical talent was successfully transported to Cayman – from today’s chart-toppers to legends of the 80’s and 90’s. The artists clearly had a blast playing sets on the Ironshore and Coral Reef stages; the sound quality was immaculate and artist feedback incredibly positive. There were so many notable moments. California’s Transviolet infused an upbeat indie rock scent to the lineup and Counting Crows mellowed us with a set of their folksy-pop-rock tunes that we all loved in the 90’s. Jason DeRulo showed up with swagger (and dance moves) enough for all of us, a satisfactory contrast from the earlier melancholy of a bluesy rock minute with Blues Traveler. It’s as if the escalating ebb-and-flow of musical energy was specifically measured; both days’ lineups got us up on our feet when we needed a dance, then brought us back to earth. Until we hit The Chainsmokers’ intimately personal take on EDM, translated to a powerful, energetic show. With a headlining setlist uncannily suited to the KAABOO scene in front of them, it was the pinnacle of perfection for night One.

Day Two followed suit; sheer musical excellence, legendary artists, and variety, energy and chill so perfectly suited to our island setting. The retro feel was more obvious with colorful headliners Duran Duran smoking the final day-two headlining spot into permanent festival notoriety. Stunning. We loved every minute, and not a single person I met was less than utterly impressed with the lineup. 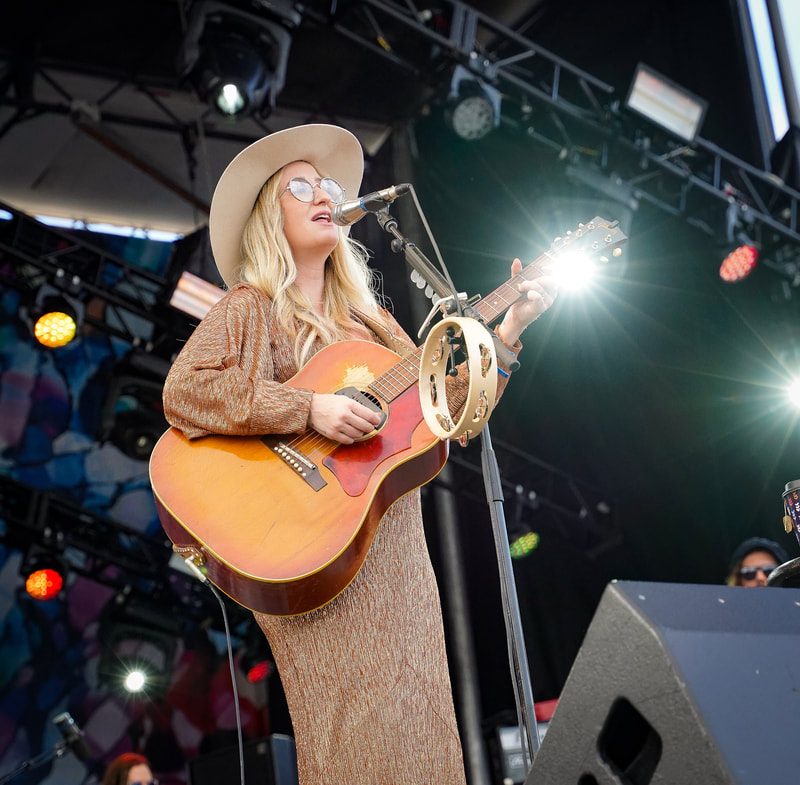 ​Wrapping the musical heavy-hitters of 2019’s festival, the remaining “Five Senses Under the Sun” offerings were not to be sidelined. Forces of the comedy world stopped by to keep us in stitches; Wanda Sykes and Norm Macdonald among the lineup. Larger-than-life murals were painted in front of our very eyes. I found myself deliberately stopping by every couple of hours to witness the progression of humongous canvas-sided shipping containers as artists scissor-lifted themselves and their buckets of paint to the sky. We visited BASK, KAABOO’s onsite day/night club, which was a happening scene but with such incredible live music playing nearby, it was measurably under-utilized. Same could be said for the Thatch and Silver Thatch beach zones and their health and wellness options. Spectacular in setting, but tough to visit with so many other goings-on.

We sat in the shaded audience, sipping wine and witnessing the creation of culinary works of art. And then we grabbed a gourmet grilled cheese and brisket sandwich before heading over to the beach. An offering of only coincidental festival similarity, since this was the single most incapacitating-ly amazing grilled cheese procurement I’d experienced in my 30-something years on the planet. I quite literally stood under a palm and blissfully stuffed my face, wondering if going back for seconds would put me in a vegetative state. While I do wonder if anyone at KAABOO thought to tell their vendors “no cheese sandwiches,” I am also aware that there simply is no comparison here.

​But the most stunning and impressive part of KAABOO Cayman was not the painstakingly careful execution of a festival of such magnitude; it was the crowd, the atmosphere and the energy. All of which were overwhelmingly positive. Maybe the “island chill” unconsciously pervaded each and every attendee, or perhaps it was just the space, ample and excellent amenities, and the fact that we were actually standing under the palms, with endless options to sate our senses. It was truly an island experience and a friendly, international crowd. There was a distinct lack of rowdy college kids or unsavory, unsatisfied crowds. Everyone was just happy.

​And while KAABOO Cayman may appear as an unattainable luxury destination festival just a little out of reach for so many of us, I’ve realized that it actually isn’t. For a similar expenditure to attending  Coachella or Lollapalooza (considering inflated ticket prices and skyrocketing accommodation fees), you can fly to the Caymans, find a place to stay, and indulge in a KAABOO weekend experience. Or even upgrade your ticket or splurge on a deliciously touristy expedition on the side, and not see your wallet go up in flames. We spent ~$500 each on flights and shared an AirBnB, plus spent two extra days on either side of the festival without exceeding our budget, which was originally allotted to a 2019 Coachella experience. Always guilty of the post-college-travel-backpacker mindset, I wasn’t pained in the least attending KAABOO. It’s doable, realistic, and it’s the trip of a lifetime. And it’s happening again next year. ​ 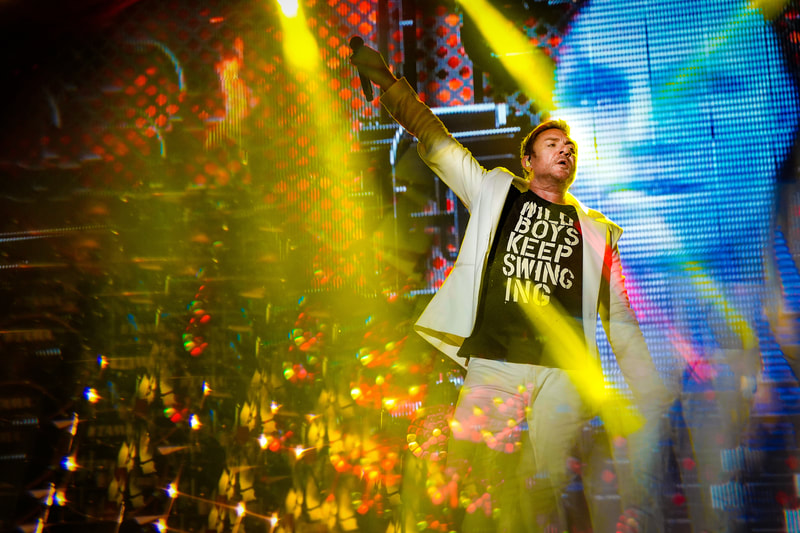 ​So what was the #1 best part of KAABOO?  2019 gave us an intimate, exclusive, small-festival flow with the lineup of our wildest dreams. It’s that bucket-list trip you take, only to realize there’s no reason you can’t make that trip every year. Sitting on the sunny lawn with a cup of gelato and your two best friends while waves of music wash over you. You feel the warmth of the sun sink through your skin and into your soul. Without meaning to, you close your eyes and exhale deeply. A cool breeze sedates the afternoon heat while your favorite 90’s rock songs play out live on the nearby stage. The island chill? You realize that you’re sharing it with a crowd of friends, because there are no strangers here. It’s so easy to pick up a conversation with the couple next to you, that you find yourself making new lifelong friends on an hourly basis. That sense of utter relaxation and simmering elation as a reggae soundtrack summons the glow of a magnificent pink sunset searing across the sky to the west. And finally, the anticipation, the buzzing energy as our headliners arrive for a live spectacle of unforgettable proportions. You realize that you are currently the opposite of FOMO, whatever that is. 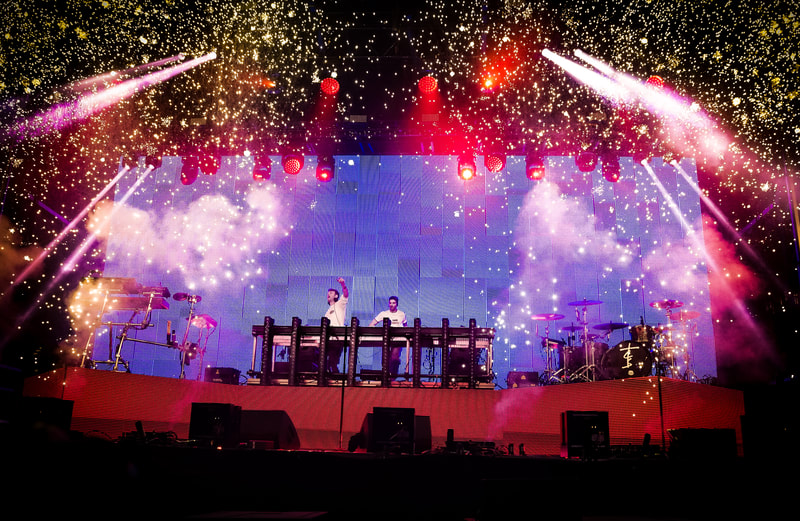 ​This is living. It is intoxicating, addictive, and you’ll certainly be back for more. As the Cayman Compass proclaims: “10,000 people cannot be wrong, Jason Felts pulled it off.” Our high hopes were blown out of the water. The festival of our wildest dreams turned out to be the best thing we didn’t know we needed.

​This is the festival we’ll be talking about for years to come. Or at least until we’re there in 2020 for the next KAABOO Cayman. To make matters even better, we have their sister festivals coming up; KAABOO Texas and their signature, original KAABOO Del Mar to attend later this year. May’s festival in Dallas TX is already selling, and we eagerly await lineup announcements for Del Mar. Which festival will you join us for? 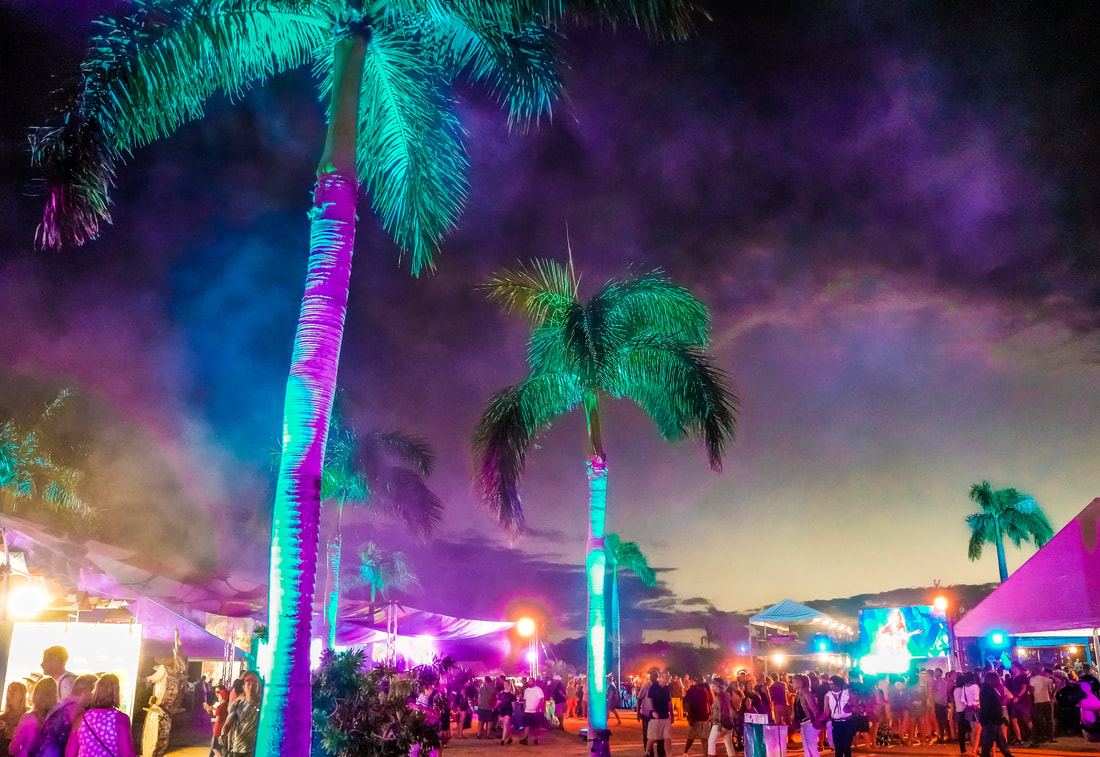